Alopecia In Children, Is It Possible? 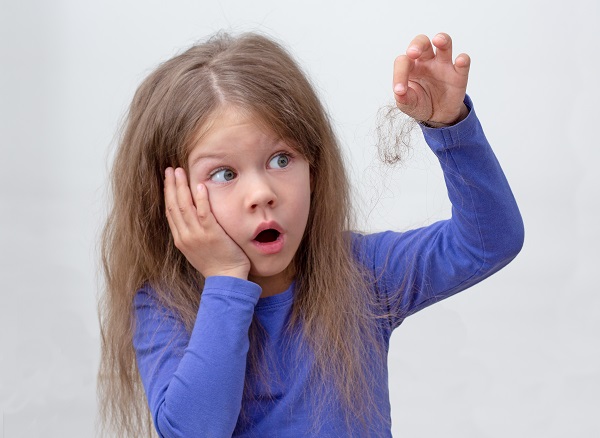 Alopecia areata can affect people of any age, race, or gender; however, it typically manifests itself for the first-time during childhood. As they develop and mature, children with alopecia areata undergo a series of stages that experts break down into understanding and tolerance of the condition.

It would appear that children under five who are affected by this illness have a minimal emotional effect. However, as kids get older, it could become more challenging to accept that they have alopecia areata, and problems with self-confidence may begin to impair how they interact with friends and classmates at school.

Alopecia Areata in Children: Younger Than the Age of Five

Children of preschool age are so preoccupied with becoming more independent of themselves, learning new abilities, and discovering the world around them that they do not pay close attention to their physical appearance or the distinctions that they have from their peers.

Because of this, alopecia areata in children younger than five years old typically does not have as significant of an effect on the children’s mental well-being as the disorder itself. They could find the fact that they are losing their hair to be interesting, but nothing else. At this age, it is unlikely that their friends will be aware of the situation either.

A child will have begun to interact with many individuals of different ages by the time they are six years old and have gathered sufficient exposure to the world to begin seeing the distinctions between them and other people.

Children, around six and twelve years, develop a heightened awareness of the thoughts and emotions of others, and they may start to focus on how others view them or how their condition may cause them to appear distinct from their peers. This awareness continues well into adulthood.

All these factors make it challenging for older kids to accept that they have alopecia areata. Concerns about their self-confidence might start to have a negative impact on a person’s experiences both in the classroom and with their peers.

Even kids who have suffered from alopecia areata while they were very young may experience new emotions and disappointments related to their disease. These youngsters may also urge to “blend in” with other kids their age who do not have alopecia areata.

As a caregiver, you can assist the child in educating fellow students and teachers, as well as addressing these emotions with the assistance of a team or even a specialist, so that the kids can feel optimistic, engage in the exercises they enjoy, and achieve success in school.

Reasons To Consult a Specialist

Suppose the assessment is questionable or the case does not fit the normal presentation of a certain illness. In that case, you should refer the occurrence of pediatric alopecia to an expert for additional evaluation and treatment.

In common practice, obtaining relevant basic investigations (such as fungal cultures) before reviewing the case can speed up the diagnostic and treatment process. Children requiring a scalp biopsy should be referred to reduce the likelihood of needing repeat biopsies and needless investigations.

An Overview of Alopecia Areata Symptoms

Most people with alopecia areata experience hair loss, but the condition can also cause changes to their nails. People with the condition don’t typically exhibit any other signs or symptoms of illness.

Alopecia areata is characterized by the rapid thinning of circular or oval spots on the scalp. However, the condition can affect any region of the body, including the area where males grow their facial hair, brows, or lashes.

Around the patch’s perimeter, you’ll frequently find broken short strands or “exclamation point” hairs, distinguished by having a broader base than their endpoint. In most cases, the naked regions do not exhibit any signs of a rash, including redness or scarring.

In the moments leading up to their hair falling out, some people report feeling burning, tingling, or itching on some regions of their skin. It is difficult to anticipate what will occur after a bare patch has appeared because the future is unpredictable. The following are some of the possibilities:

After a few months, the hair will begin to come back. Initially, it might have a white or gray appearance, but after some time, it might return to its original color. More barren areas appear throughout the region. Hair can start growing back in the original bald spot even as new bald spots appear.

When combined, smaller patches create larger ones. Alopecia totalis is a highly unusual condition in which all of the hair on the scalp is eventually lost. There is a potential for the condition to evolve to a more severe form known as alopecia Universalis, which causes the loss of all body hair. This disorder happens relatively infrequently.

Changes to the nails, like ridges and pits, can happen to particular persons, particularly those who have experienced more significant hair loss. Other reasons to refer a patient include the following:

Tinea capitis accompanied by severe inflammation of the scalp surface, the presence of a kerion, or a lack of response to treatment. Alopecia areata, especially if there is a significant amount of hair loss, totalis, or Universalis.

Situations that call for systemic treatment in addition to intralesional steroid injections if the symptoms of suspected telogen effluvium continue for over three months.

Instances of alopecia with inflammatory changes, including papules and pustules, telangiectasia, erythematous plaques and atrophy, follicular hyperkeratosis, and ulceration, are all indicators of scarring alopecia. Scalp biopsy and additional examinations will be required for these children.

Is Alopecia More Prone to Occur in Certain Children Than in Others?

It is well established that alopecia areata has a genetic underpinning. However, other autoimmune conditions such as celiac disease, rheumatoid arthritis, thyroid disease, multiple sclerosis, and inflammatory bowel or vitiligo disease are seen more frequently in close relatives of children with alopecia areata.

Although alopecia areata is quite widespread, many people are still unaware of what it is. The emotional toll it can take on those who are affected daily. Because of this, it is essential to enlighten others about alopecia areata at your child’s school. Your child may have a more enjoyable and fruitful time at school if you do these things for them.