Dr. Cagri Sade is an accomplished plastic and reconstructive surgeon who has worked in the field for over 20 years. Dr. Cagri Sade received his medical degree from the Ankara University Faculty of Medicine in 1994. He then completed his residency at one of Istanbul’s most renowned teaching and research hospitals in 2001. 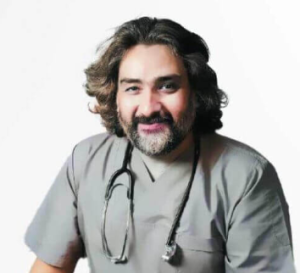 Working alongside some of the most well-known names in the field of plastic and reconstructive surgery, Dr. Sade gained invaluable expertise while assisting in successfully executing hundreds of successful procedures. Following the completion of his residency in the year 2001, he was allowed to work alongside one of Turkey’s most renowned pioneers in the area of plastic surgery.

At the Cagri Sade Plastic Surgery Center, they use a variety of cutting-edge techniques and technology. They include the following:

Operations That Are Just Minimally Invasive

The time required for recovery following the majority of surgical procedures that can now be completed at the center on an outpatient basis is noticeably shorter.

This technology at Cagri Sade Plastic Surgery Center is utilized to visually what a certain area of the body, such as the nose or ears, would look like following the surgery. It is one of the steps of preoperative planning that Dr. Cagri uses to maximize the positive outcomes of surgical procedures.

Surgical Techniques Used In the Reconstruction

Dr. Cagri has accomplished a great deal in the area of reconstructive dermatology during his career. He employs cutting-edge topical treatments, such as gels that accelerate tissue regeneration, in conjunction with skin flap transplantation to facilitate the healing of even significant tissue abnormalities.

The procedure is referred to as liposculpture. At the moment, it is performed in a manner that causes the patient the least amount of discomfort possible. This makes it possible for the patient’s natural fat cells to regenerate fatty tissue in specific body parts. Many plastic surgery techniques, including breast reconstruction, use liposculpture.

Dr. Cagri uses several creams and ointments that prevent the body from making fibrin filaments and prevent scar tissue from forming. He uses a variety of instrumental means of exposure, such as laser resurfacing and pulsed light, in combination with local enzymatic preparations to achieve the successful resorption of existing scars.

When Dr. Cagri needs to recreate complex structures, he creates an autograft by harvesting tissue from different parts of the patient’s body. After the process of prefabrication is complete, the structure is carefully reassembled, piece by piece, on the region that was affected.