Symptoms, Causes and Treatments For Psoriasis 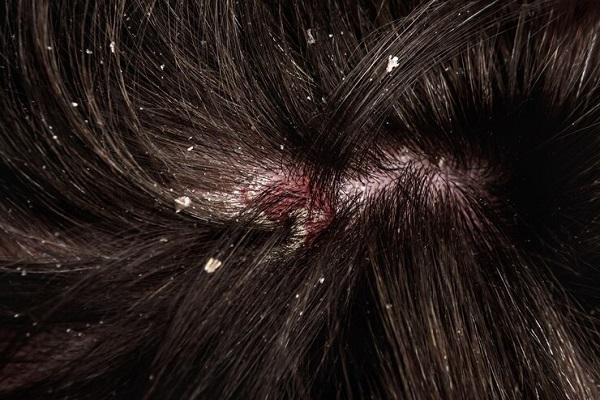 While the severity of the problem varies from person to person, Psoriasis is nevertheless a chronic disease considered incurable, and patients find it difficult to tolerate the discomfort caused by the skin sore. Some people have mild psoriasis skin disorders that only affect a few small patches of skin, while others have severe cases that affect a large portion of their bodies.

This disease affects roughly 2% to 3% of the global population. Plaque psoriasis is the most prevalent kind of Psoriasis; however, there are many others. In addition to plaque psoriasis, children and teenagers are more likely to develop guttate Psoriasis.

Many people with Psoriasis suffer from both physical discomfort and emotional distress. When people living with Psoriasis find it challenging to manage and control their symptoms, they become irritated.

Here are some facts you should know about this condition;

Dry, red, raised, scaly areas of the skin are the most common symptoms of Psoriasis. Psoriatic arthritis manifests as swollen, painful, and stiff joints in 15 to 30 percent of those with it. Nails can also be affected by Psoriasis, resulting in nail deformity and cracking of the nail bed.

Recognizing the signs and symptoms of Psoriasis is critical in order to find appropriate treatment and pinpoint the triggers that lead to the development of a specific condition. It is crucial to note that the severity and type of psoriasis influence both its symptoms and appearance. This means that different treatments, such as home cures for Psoriasis, will have different impacts on patients.

Psoriasis is a chronic condition with no treatment other than controlling the symptoms. Psoriasis is a disorder that can be difficult to treat, especially if the patient is in stressful situations. However, Psoriasis patients might benefit from a growing range of home remedies and non-traditional treatment options.

Doctors may also recommend a combination of treatments, depending on the severity of your condition. These are medications that combine two or more substances into a single sense. Often, when they are combined, they have been found to be more effective. Recommended treatments include;

Scabby areas on the scalp can be treated with antifungal medications or lotions. We recommend you consult with your doctor to get the best prescription.

This can be found in medicated shampoos products, and it can be beneficial for persons with scalp psoriasis. However, many people with Psoriasis dislike the smell; thus, they often refuse to use it.

Emollient is effective for dry skin and hair scabs. Long-term use of this medicine is encouraged for effective results.

Dithranol and anthralin are occasionally used interchangeably. People with Psoriasis might use dithranol or anthralin, a hydroxyanthrone, an anthracene derivative, to treat their condition. You can get it from 0.1% to 2.0% strength in creams, ointments, or pastes.

Retinoids are vitamin A derivatives used to treat Psoriasis of the skin and scalp. Retinoids are used to control the proliferation of epithelial cells and are accessible as both prescription and over-the-counter medications. Tazarotene and acitretin are the two most prevalent types of these drugs and can respectively be administered topically or taken orally. They both work by inhibiting the production of cytokines and interleukins, both of which are inflammatory chemicals.

Acitretin is a retinoid of the second generation. People with Psoriasis often take it orally, and it is usually used to treat the most severe cases. Since it has the potential for serious side effects and complications, it is typically reserved for patients with highly severe cases of Psoriasis who have not responded to previous therapies. It interacts with nuclear receptors that control gene expression—oral administration of acitretin results in rapid absorption and widespread distribution. Two to four weeks or more are required to see any sort of therapeutic benefit.

It’s essential to reduce the quantity of toxins in your body by eating healthily and doing a good detox program to treat Psoriasis effectively. This method of dealing with Psoriasis may necessitate some effort and discomfort, but it is effective and will improve general health.

Psoriasis is believed by scientists, researchers, and medical professionals to be the result of an immune system malfunction. Immune system dysregulation and immune system overreaction are two terms used interchangeably in this case.

Whenever something triggers the body’s natural defense mechanisms, it acts accordingly. However, the immune system can sometimes attack the skin cells, accelerating skin the shedding and replacement cycle. Normally, we shed our old skin cells around every 30 days on average. That is new skin cells from beneath the skin’s surface gradually come to the surface over the course of 30 days.

Psoriasis, on the other hand, causes this to happen faster. To put it simply, new skin cells appear on the surface within three to five days of exposure. As a result, they reach the skin’s surface before it is ready to shed. This results in a buildup of skin material, which is characterized by flaky scales on the skin.

Another most common cause of Psoriasis is heredity. The etiology of Psoriasis in most patients can be traced back to their family history. For instance, if their parents or grandparents have previously been affected, the younger generation is at a higher risk of developing this disease.

Furthermore, some medical professionals believe that liver failure may be the origin of this disease. Toxins and waste can accumulate in our bodies if the liver isn’t working properly. This is because the liver is the organ in charge of waste disposal and filtering, and failing to do so will result in our systems attempting to release poisons in various ways, such as via the skin. This causes skin inflammation.

Other contributing causes of Psoriasis include;