On Traction Alopecia, Let’s Help You 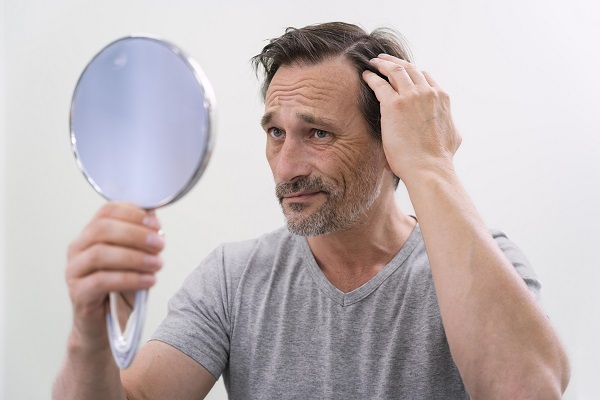 Many things reflect the personality of an individual. Hair, to some extent, adds up to those things. This is why people invest so much time and resources in different hairstyles and wigs. But, as admirable as this is, there are dangers to aggressive hair pulling, and many people don’t know until it becomes obvious.

Wearing tight headwear can also expose the hair to this danger. If it is discovered on time, this danger can be prevented. But if not, it can have a psychological impact that might ruin an individual’s self-esteem. You’ll have probably heard about it, but this danger is known as traction alopecia if you haven’t.

This article explores everything you need to know about traction alopecia, its causes, symptoms, and prevention. Read on!

What is Traction Alopecia?

In simple terms, traction alopecia refers to a condition that indicates a continuous pulling of hair over a period that degenerates into hair loss. As drastic as this type of hair loss is, it doesn’t happen overnight. And it can happen to anyone, whether male or female. It also happens to children, but it’s more common with adults due to age which naturally weakens the hair follicles.

Most people fail to come to terms with that the hair is a very delicate part of the body that should be treated as gentle as the eye or skin. There’s a level of aggression it can tolerate, and once it becomes overbearing, it gives up. This is why a repetitive strain on the hair follicles can damage the follicles or, on a mild level, pull the strands of hair at that zone. In extreme cases, this part can become scarred and barren for life. Yes, traction alopecia is that dangerous.

As mentioned earlier, traction alopecia is reversible if and only if it is identified on time. It’ll give several signs that one must take into account. What do you look out for to know you might get traction with alopecia?

It is almost impossible to suffer a condition without seeing the signs earlier. Negligence might make one ignore the signs, but they are always there. The following are some signs that indicate the presence of traction alopecia:

This is mostly seen along the hairline, and it happens when there’s an excessive pull at the follicles in that line. It also happens when there are specks of dirt in the hair follicles, but it’s a sign of traction alopecia. If care isn’t taken, these pimples become very sore, and sometimes they get crusted and give the hair an unappealing look.

Other signs include pus-filled moisture, scaling, and stinging of the scalp, to mention a few. If any or all of these signs are neglected, what happens eventually is that the hair follicles get damaged such that they’d never produce new hairs.

As mentioned earlier, traction alopecia is essentially caused by an aggressive pull that causes tension around the hair follicles. While this is the major cause, the following are some other causes of traction alopecia:

As much as every individual has the right to look the way they want, with whatever hairstyle they desire, it’s important to know that some hairstyles expose the hair to traction alopecia. These hairstyles include tight braids, cornrows, tight ponytails, weaves, and so on.

This is not to say one cannot have these hairstyles, but when it is done repeatedly over a period, it can be dangerous for the hair.

Wearing some headwears on the hair for an elongated period can also cause traction alopecia. For example, elastic bands, sports, or construction helmets. They make the hair thin and diminish its strength over a period.

Making long hair is appealing, but very long hair can be quite heavy and strain the hair follicles, resulting in traction alopecia.

You should relax your hair, but it has to be moderate. Hair relaxers and other chemical products can also expose the hair to traction alopecia.

How Do You Prevent Traction Alopecia?

You can prevent traction alopecia in the following ways:

Consistently doing all of the preventive measures mentioned above would improve your chances of preventing traction alopecia. However, if you observe all and still get it, this is the time to see your stylist or visit a dermatologist. They’ll combine expertise and experience to give you diagnosis and care help that’ll effectively bring your hair back to how it was, even better.

Paying attention to your hair can help you detect traction alopecia on time. Similarly, observing a decent amount of moderation to aggressive hairstyles and the use of chemical products can go a long way in staying immune to traction alopecia. It all boils down to you.