Alopecia In Children, Is It Possible?

Alopecia areata is a prevalent condition that can affect people of any race and can affect either gender. Alopecia areata affects around two percent of the overall population at a particular time, and sixty percent of those affected will experience their first patches of hair loss by the age of twenty. Between the ages of 10 and 30, the prevalence is at its highest. Extensive cases imply that alopecia in children affects girls more frequently than boys, but the severity of the condition is more significant in boys.

What Factors Lead to The Development of Alopecia Areata in Youngsters?

There is evidence that both Down and Turner syndrome are associated with a high prevalence of this condition. However, in Turner syndrome, autoimmune illness is particularly prevalent. It provides evidence of hereditary susceptibility to the development of alopecia areata. Nevertheless, the research indicates that the link is both complicated and multi-genetic.

Symptoms Of Alopecia Areata in Youngsters

In most cases, children appear with a sudden beginning of a single patch of baldness, most frequently on the scalp, which is characterized by the following symptoms:

How Do Doctors Determine Whether a Child Has Alopecia Areata?

Alopecia areata is frequently a clinical diagnosis verified with trichoscopy. To rule out tinea capitis, performing a wood light inspection in addition to an evaluation of skin scrapings and plucked hairs may be necessary. In youngsters, a skin biopsy is only seldom necessary. Blood tests might be considered if there is a suspicion of celiac disease or any other autoimmune disorders connected with it.

What Other Conditions Might Be Mistaken for Alopecia Areata?

The following are the two primary important alternative diagnoses to consider in children who appear with patchy hair loss without scarring:

Tinea capitis is characterized by flaking and irritation most of the time.

Treatment Available for Youngsters Who Suffer from Alopecia Areata

There is currently no medication that can alter the natural course of alopecia areata. Waiting and observing is a feasible option in children with fine conditions, as up to fifty percent demonstrate regrowth within a year after treatment has been discontinued. The following are some of the possible treatments for alopecia areata in children:

Expected Outcome For Alopecia In Children?

Without therapy, up to fifty percent of patients will exhibit regrowth within a year, although the progression of the disease is uncertain. Even when treatment appears to have been successful, recurrence of the condition is not uncommon. A bad prognosis is connected with presenting at a young age for the first time.

Non-Medical Causes of alopecia in children 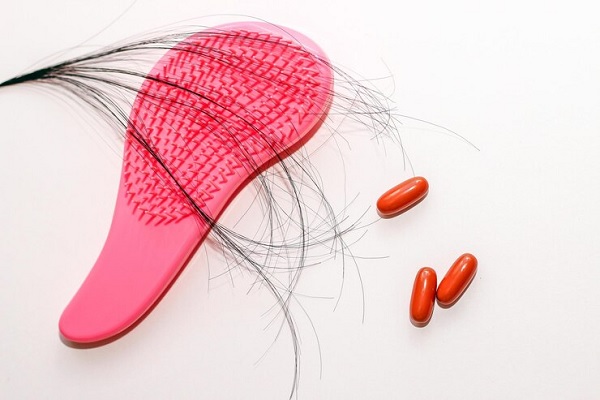 Children can lose hair for various reasons, not all medically related. Common causes include:

Loss Of Hair in Newborns

Most newborns will experience a loss of the hair they are born with throughout the first six months of their lives. The newborn hair is the first to fall out, making room for the adult hair. This baldness is very typical, so there’s no need to be concerned about it.

Loss Of Hair Due to Friction

Some infants will rub their heads so vigorously on the crib mattress, the floor, or another surface that they will eventually have hair loss at the rear of their scalp. Children outgrow this tendency as they become mobile and begin sitting and standing for extended periods. If they cease rubbing their scalp, their hair should start to grow again.

Products that lighten, color, straighten or perm the hair may comprise harsh chemicals that are harmful to the cuticle layer of the hair follicle. If you have young children, you should avoid using these products on them and consult a professional hairstylist about safer alternatives.

Damage to the hair and loss of hair may also be caused by excessive heat, such as that produced by heat styling or straightening the hair. Drying the child’s hair on the lowest heat setting possible. To reduce the amount of heat that is exposed to it, you shouldn’t blow dry every day.

It would be best if you avoided the stress of the hair shafts resulting from pulling the child’s hair up into a stiff ponytail, bun, or braid. If the child combs or brushes their hair too roughly, it can cause hair loss.

Conclusion about alopecia in children

Most cases of hair loss are not life-threatening or severe. The effects on the child’s feelings and sense of self-worth might sometimes be the most significant. There are treatments available for those who suffer from alopecia in children, but finding the one that works best for them can take time and effort. Collaborate with the medical staff caring for the child to devise a remedy that not only makes the child look better but also makes them feel better.