Alopecia statistics in Spain and in the European countries: UK, Italy, France, Germany 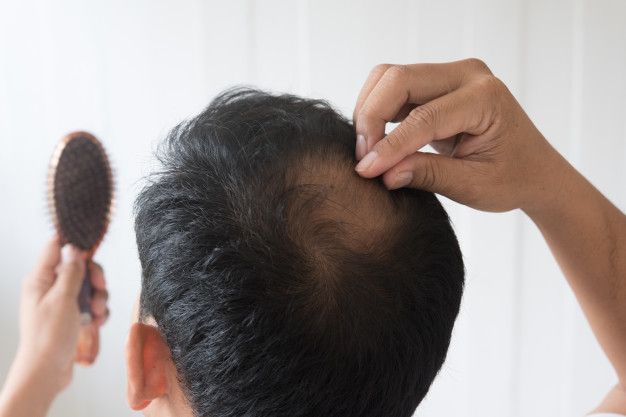 Spain is the second country in the world with more bald people after the Czech Republic. According to official data, in the Czech Republic 42.79% of men suffer from some type of alopecia. A number that minimally exceed 42.6% of Spaniards who suffer from the same problem and that, according to some reports, could increase even more in the next years.

The reasons that lead some specialists to consider Spain as the next leader in baldness worldwide are: first, genetics, determinant when it comes to causing new diagnoses of alopecia; bad nutrition, as a result of a diet little varied and less rich in fruits and vegetables than that of several of the countries around us despite our garden, and smoking, also in much higher percentages than healthy.

However, these causes seem to be endemic to Europe, since eight of the ten countries with more baldness in the world are European, being United States and Canada the only two nations from outside the old continent that have sneaked into the top 10 worldwide, two countries that share some of those endemic ills that accelerate baldness.

Out of the ten countries with the highest level of alopecia on the planet we find Russia, with 33.29% of its population with visible hair health problems, Australia, with 30.39% and Mexico, already below 30%, with 28.28% of bald inhabitants in its territory.

Numbers much higher than those in Asian countries and African countries, where they seem to enjoy a much more benevolent hair health than reality on this side of the world. It is not until the fourteenth place that we see Japan, the country of Asia with 26.78% bald. After this, Hong Kong, with 24.68%; Singapore, with 24.06%; Thailand, with 23.53%; Taiwan, with 22.91%; Malaysia, with 22.76% and South Korea, with 22.41%, close the top 20 countries with more allopathic of the globe.

Reasons why we lose hair every time

One of the latest researches in this field has warned that in great part of the developed countries, hair loss is happening at an earlier age than in previous generations.

A good example is the work carried out at the Tsinghua University in Beijing, where it was detected that most university students had gone through some type of hair loss higher than usual.

As if this were not enough, it was also discovered that four in ten students noticed they had less hair than the moment they began studying and one in five who had been able to confirm it due to family and friends’ comments. Also, one in four had chosen a pharmacological treatment or visiting a doctor in order to correct their loss.

More and more patients are coming to specialized clinics in hair treatments. Some even before it is recommendable to begin to take action. Since, although it is possible to perform a hair transplant to any person of legal age who does not present health issues incompatible with the intervention, it is recommendable to wait for him to be in his thirties to perform it.

It is when, after undergoing through an exhaustive analysis to know what the cause of the fall is, the patient will be adequately diagnosed to start as soon as possible some treatment to stop the hair loss definitely.

Among the most common treatments for people who lose an unusual number of hair follicles that fail to regenerate, those aimed at increasing blood circulation in the scalp highlight. Something that is often achieved through an improvement in food or prescription of lotions to massage the area and, in others, requires other types of treatments such as enriched plasma.

Its objective is, through oxygenating the patient’s own blood and inserting it into the scalp, to facilitate the flow of nutrients to the hair follicle in order to reactivate the deactivated follicular units, boosting the most affected hair by alopecia to grow stronger and promoting the growth of new healthier hairs.

While these types of treatments usually manage to improve the hair health of many patients on their own, the truth is that the great majority of alopecia require a transplant operation to get hair to grow back where it has stopped.

Among all the surgical interventions that aim to repopulate the hair of those diagnosed with alopecia, the most advanced medical technique, the FUE, stands out. A technique that involves the individual extraction of follicular units from those areas with healthy hair to transplant them to those in which the hair does not grow.

This technique, much more painless, fast and with a shorter and smoother postoperative period than those that used other techniques such as FUSS, allows to achieve much more detailed results given that it is performed by placing hairs one by one.

As if this were not enough, the success rate of grafts exceeds 99%, being the only one that offers guaranteed lifelong results for those who choose it to repopulate their bald spots and wear a scalp full of healthy, firm and shiny hair.