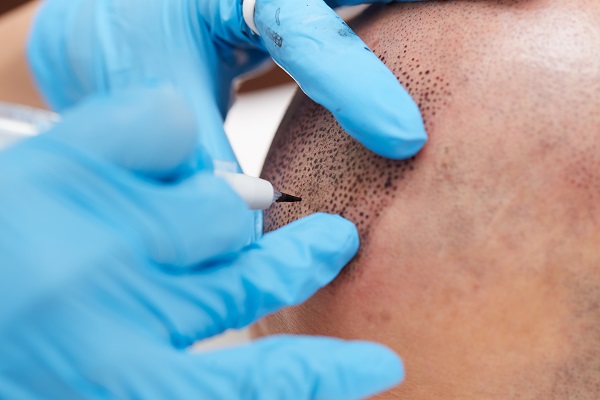 The search for a solution to hair loss is deemed one of the most problematic things ever to anyone. It can be very uncomfortable and seemingly endless as it takes so much time and resources. However, if you’re at this point in life, you should know that you’re not alone, as millions of other people are going through the same thing.

If you’re discouraged about the downsizes of existing treatment options for hair loss because they are too costly for you to bear, or you’ve tried most of these treatment options with no significant result, you don’t have to give up because what you probably need is capillary tricopigmentation. It’s a relatively new method proven to be effective for all forms of hair loss, no matter how terrible they look. So if you’ve come across it but you’re unsure what it is, you’re at the right place.

This article will discuss capillary tricopigmentation to show how viable it is as a good option for other hair restoration treatments. In addition to this, we’ll show you how it is performed and the cost of having it.

As a modern technique derived from scalp micro-pigmentation, capillary tricopigmentation is an aesthetic method of correcting hair loss that involves multiple placements of organic pigments on the outer layer of the skin. This placement is carried out by a highly skilled technician using specialized equipment and machinery. This technique aims to achieve a remarkable hair density by concealing hair loss. Milena Lardi created it in Milan to give hair loss an illusory effect of full hair covering bald areas.

With so much success recorded since it was standardized, capillary tricopigmentation has been able to reshape many people’s hairlines, covering baldness with an effect that looks just like preexisting hair on the head. Since it was approved, it’s seen so much development as physicians now have 3D equipment at their disposal that has added so much precision to the processes involved in this particular method. So for both physicians and patients, it’s a very seamless yet effective solution.

However, it is a temporary solution because it only lasts for a few years. The main material used, which is organic pigments, is designed so that the skin only holds it for that short period. While some people may decide to resign to fate on their hair loss condition, you shouldn’t, as this offers a very flexible, affordable, and timely solution to whatever hair loss condition you may have. In addition to this, it is harmless, almost painless, and doesn’t have any significant side effects. Choosing it implies taking the necessary step to restore the confidence you once had in your appearance.

What are Ways in Which Capillary Tricopigmentation is Applicable?

Capillary tricopigmentation is applicable for the following conditions:

Alopecia is a very unpredictable hair loss condition. Its unpredictable nature is why people are advised to be careful of self-induced habits that may cause it and attend to it on time whenever it’s discovered. However, this doesn’t make it impossible to be handled. Capillary tricopigmentation is applicable for any form of alopecia, whether it’s alopecia areata, alopecia totalis, androgenetic alopecia, and so on. Tricopigmentation would easily hide all its symptoms giving you an amazing look for whatever occasion you have.

For people suffering a recession in their hairline and those who don’t fancy the pattern it has taken, capillary tricopigmentation is very helpful. It reshapes the hairline back into a preferable pattern or back to the pattern before the recession began. This intrinsically covers the extent to which hair loss disfigures the patient’s appearance.

While the chances are slim that a person will have surgery without having scars, some surgeons can make the scars unnoticeable. That’s why people are advised to always use the best surgeon for hair transplants to avoid noticeable scars after their surgery. Regardless of this, if you have post-surgery scars and you’re wondering how to deal with them, tricopigmentation is your best option. It’ll camouflage the scars in a way they’ll only be discovered through a medical examination.

For those with a mild or severe level of hair thinning and low hair density, tricopigmentation is also applicable for the density effect. It’ll give an illusion of density that’ll have the same appearance as your existing hair.

How Does Capillary Tricopigmentation Work?

Capillary tricopigmentation is done by injecting organic pigments in a series of dotted patterns in areas of the head suffering baldness and hair thinning to create an optical illusion of density around this area. The processes that precede this injection include: Firstly, testing of the organic pigment. The essence of doing this is to confirm if it’s suitable for the patient to avoid allergic reactions during or after the process.

Secondly, the patient is prepared for the procedure by receiving local anesthesia to remove the pain they might feel during the injection of these pigments. The essence of giving patients local anesthesia is to make the patient as relaxed as possible for the procedure. Lastly, the pigments are injected around the bald areas of the head. This procedure requires about three sessions to be perfect. And every session lasts for at least 2 hours. If done correctly, tricopigmentation can last for a good two years while still maintaining the best look it gave the first time it was installed.

How Much Does Capillary Tricopigmentation Cost?

The cost of capillary tricopigmentation depends on the nature of the hair loss. If it’s very severe and extended to most parts of the hair, you could pay about $2250 – $3000. But if it’s mild, the chances are high that you’ll pay much less.

As an alternative to most hair restoration treatments, tricopigmentation offers a decent amount of benefits from cost to low risk, flexibility, removability, hair coverage, and so on. Whatever factor motivates your decision to choose it, be assured that you’ll get the results you imagine from it.