Hairline Types For Men And Women 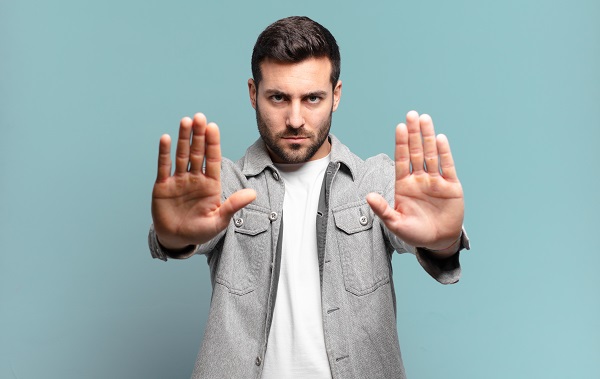 The hairline varies from person to person, just as the texture and color of each person’s hair. Surprisingly, both men and women have the same hairline type; however, the appearance may differ.

Furthermore, certain factors will alter the natural state of the hairline when the hair is subjected to them.

We’ll go over some of the hair types and these factors that can cause the hairline to recede in this article.

A person with a low hairline has hair that falls closer to their brows. People with this hairline are fortunate to wear any haircut they like. In addition, both women and men have this hairline. Generally speaking, they do not suffer from hair loss, though they often have denser hair growth. Another advantage is that because hair naturally recedes when we grow old, people with these types of hairlines can feel safe because theirs may not be obvious.

The middle hairline is one of the most prevalent forms of hairlines and, of course, can be found in both males and women. A noticeable gap between the eyebrows characterizes the middle hairline type. This hairline usually looks good on those that have them and is good for generating a variety of distinct looks.

But sometimes, a middle hairline may also be a symptom of receded hair.

Hairlines are also prevalent amongst men and women. Distance between the brows and the hairline is often quite wide in the heads of those who have a high hairline. Evident is the brow. It’s also possible to see older persons with a high hairline if they have receding hairlines.

Those with a low or middle hairline will have a high hairline as a result of thinning hair. And this is a major issue with hairlines like this. As we grow older, our hair begins to thin and thins out, leading to balding.

It is normal for the hair to begin to recede with age. Other factors like Patten baldness in both men and women can also lead to gradual hair recede. This issue can also arise after a person has experienced the “Widow peak” period. After removing the margin line, hair does not grow on the front side of the hairline. Without transplants, most patients are unable to overcome this problem.

The Widow’s Peak hairline looks like a ‘V’ shape in the center of the forehead. Because of this, the V-shaped sections’ sides appear thinner. Those with a V-shaped hairline on the forehead can’t wear any haircut they like. After hair loss, Widow’s peak may be visible on the top of the head. People of a certain age can also suffer from a receding hairline due to hair loss. Widow’s Peak residents have to overcome several obstacles to have a peaceful existence. These people have to put forth much effort.

Straight hairlines are easy to maintain and look good on the face. It’s easy to style hair with this sort of hairline. Both men and women can achieve a straight hairline.

It enhances the beauty of the face. Long and short hair can be parted and combed more easily with a straight hairline. The frontal hairline is also relatively unaffected by hair loss. This hairstyle is popular among celebrities, and people with this sort of hairline tend to be more outspoken than those without.

The Cowlick hairline causes the hairline to be a little unkempt. The hair appears to have grown in a new direction. On the forehead, infants with this hairline will have their hair growing in different directions. You can achieve a controlled appearance for the baby’s hair by wearing a range of hairstyles.

Uneven hairlines in women do not have a definite contour, which is more common in men than in women. Some areas of the hairline may increase or dip more than others. Uneven hairlines can be challenging to style due to their lack of uniformity.

Factors that can cause your hairline to recede

Your hairline under the influence of certain factors may lose its natural position. Some of the common factors are;

A high hairline and a widow peak might become a receding hairline over time. It occurs primarily as a result of genetic abnormalities. The loss of one’s hairline is a serious concern that most middle-aged men have to deal with. Women are as susceptible to being victims of this crime.

Alopecia areata, often known as partial baldness, can result in significant hair loss. As a result, if you have such difficulties, seek the advice of a qualified medical professional. If it occurs due to an internal health problem, you can get rid of it by taking the right prescription. A hair transplant is an alternative treatment option for those who have lost the margin of their hairline. Proper hair care, on the other hand, can assist in preventing receding hairlines.

How to preserve a lovely hairline

Having a good hairline indicates a healthy scalp and beautiful locks. Consider changing your hair care regimen if you notice hair loss and thinning around the hairline. Maintain a healthy scalp by washing it regularly.

Since our hairlines are important to our appearance, we have the responsibility of making sure they are in good health. So when you notice any problem with your hairline, do well to visit your doctor before it gets any worse.